This is your CUPE 997 Executive: 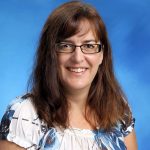 All Committee Members noted below can be contacted via TLDSB Google Mail.

We are the Custodial/Maintenance; Office, Clerical Technical Staff and
Educational Assistants of Trillium Lakelands District School Board

Our CUPE Local is a chartered member of the Canadian Union of Public Employees – a national, all-Canadian Union. We are over 600,000 members strong across Canada – we’re the workers who deliver important public services. Our work makes our communities work …. CUPE – on the front line in your community ….. www.cupe.ca

A CUPE National Representative is assigned to each Local. Our CUPE Representative assists our Executive and Committees regarding all labour relations issues such as

YOU ARE INVITED …. There are three CUPE Local 997 Regular General Meetings per year. The meetings are on Saturdays commencing at 10:30 a.m. Check out the Calendar for the specific dates and meeting locations.

We represent Education Workers working for Trillium Lakelands District School Board at the following work-sites: